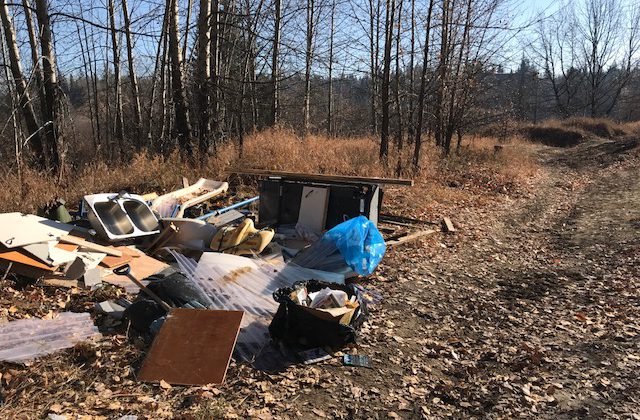 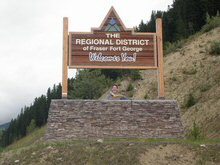 The Regional District of Fraser-Fort George will be doing its own form of trash talking this month.

The group is holding a series of information sessions with residents about food waste, recycling, composting and illegal dumping.

Waste Diversion Program Leader, Rachel Ryder told MyPGNow.com food waste is becoming an issue in our area but there’s a program available that can mitigate the problem.

“We definitely do see a lot of food waste in the landfill and there is a new program from the provincial government where we just partnered with them on and it’s called Love Food, Hate Waste so it actually provides information on preventing food waste in the first place.”

“We’re always trying to expand or extend the lifespan of the landfill so by encouraging people to adopt waste reduction behaviours then we can see there will be less waste at the landfill making it last longer.”

The issue of illegal dumping remains a hot-button issue in Prince George where various cleanups have been undertaken by community groups in the past.

Back in June, barricades and closed roads along with face-to-face communication didn’t end the problem for Barbara Bellamy and her family in the Hart where people still off-load their trash.

Last year,  volunteers from the Spruce City Wildlife Association cleaned up approximately 25,00o pounds of trash and recycling from the Bellamy family’s property, but less than 24 hours after the site was cleaned, they returned to find that someone had dumped two loads of sod in the space they had just cleared.

“The impact on our community and our ability to enjoy the open spaces, there are also environmental impacts too, so we want to make sure that our residents are informed as to where they can take their waste whether it’s to a transfer station or the landfill, or recycling we want to be able to provide that information.”

The RDFFG will be hosting their Talking Trash sessions in Valemount and McBride Wednesday and Thursday before wrapping up in Prince George on October 22nd.

Doors open at 6:30 pm with a presentation to follow from the Regional District shortly after.