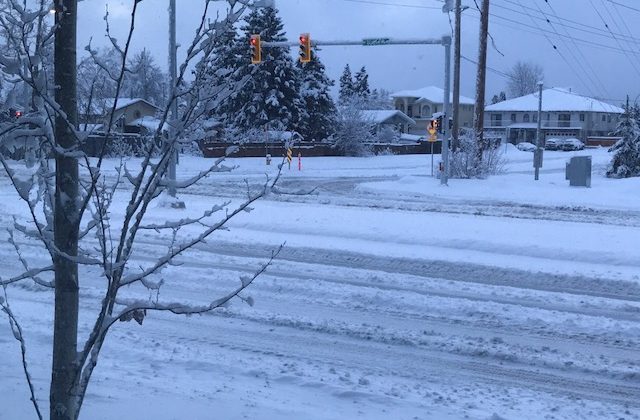 Prince George may be getting less snowfall than initially predicted.

While Environment Canada initially told residents to prepare for 5 to 10 centimetres of snow, only 2 to 4 centimetres is expected today (Saturday).

However, the initial snow is expected to be followed by mild flurries that may persist late into the day.

“We’re looking at the back end of a main frontal system going through the morning and early afternoon,” explained Environment Canada Meteorologist Dave Wray.

While the snowfall predicted should not be substantial, temperatures are expected to slowly climb with a high of -4 predicted for Sunday.

“Through the night there will be kind of an odd temperature trend, rising to minus 12 by morning, so it will be getting warmer instead of colder overnight,” Wray added.

Environment Canada expects temperatures to stay close to seasonal averages for the rest of January.