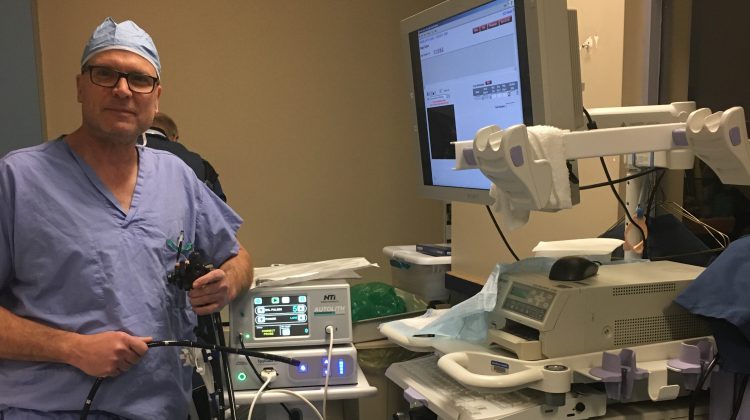 What is The SpyGlass DS System? Northern Health states it is a device that has been used to improve the quality of life for patients in the North.

Prince George’s Festival of Trees benefits the Spirit of the North Healthcare Foundation, a charity that works to improve medical treatment for those under the Northern Health umbrella.

Designed to be used to investigate both benign and malignant conditions, as well as the treatment of problematic stones and strictures, The SpyGlass is the third of its kind in the province.

It is located at the University Hospital of Northern British Columbia and is touted as being less invasive as traditional endoscopic retrograde cholangiopancreatography (ERCP) processes.

“What has been replaced is the ERCP process. It worked, but wasn’t as thorough or as clear,” said Judy Neiser, CEO of Spirit of the North.

Neiser also emphasized the importance of donation, explaining that the new device “wouldn’t ever be funded by the government.”

Northern Health predicts that the introduction of the technology should lead to faster, more effective treatment for people in the region.

Tags: Spirit of the NorthSpyGlassUHNBC