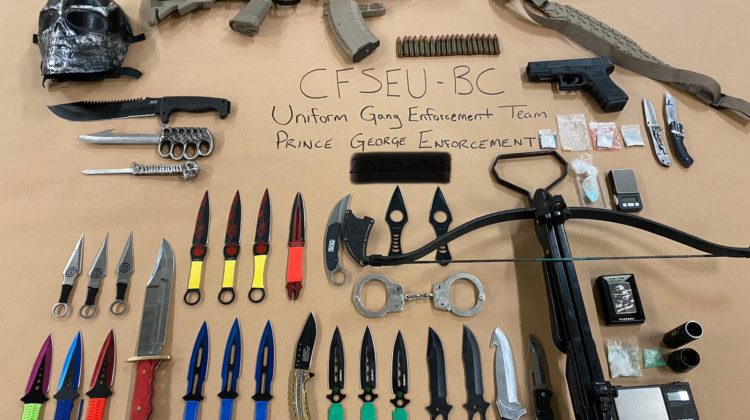 While UGET is based in the Lower Mainland, members also regularly deploy to communities around the province to provide short term support to police agencies.

Over the four days the team was in the city, 125 vehicles were stopped, and 165 people were checked.

A majority of those were associated with street-level drug trade.

While conducting targeted enforcement, members of the CFSEU-BC team witnessed a stabbing, which they immediately intervened to stop, and apprehended the suspect.

Among the weapons seized over four days: one can of pepper spray, handcuffs, a loaded SKS semi-automatic rifle with ammunition, various other ammunition, knives of various types including one with attached brass knuckles, a crossbow, one imitation handgun and one BB gun resembling a handgun.