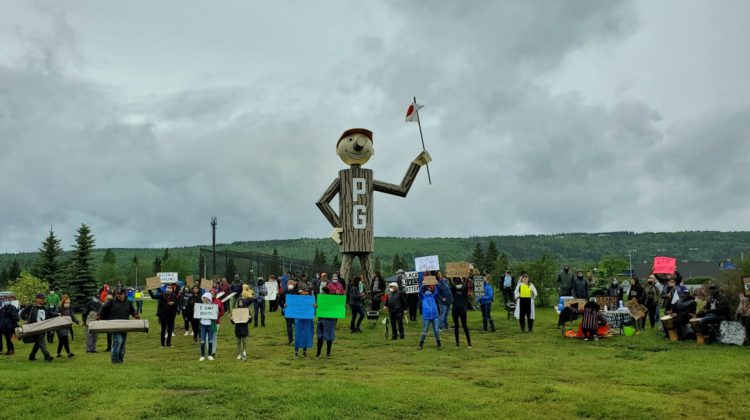 It is the second time in as many days that Prince George residents have taken a definitive stance against racism. 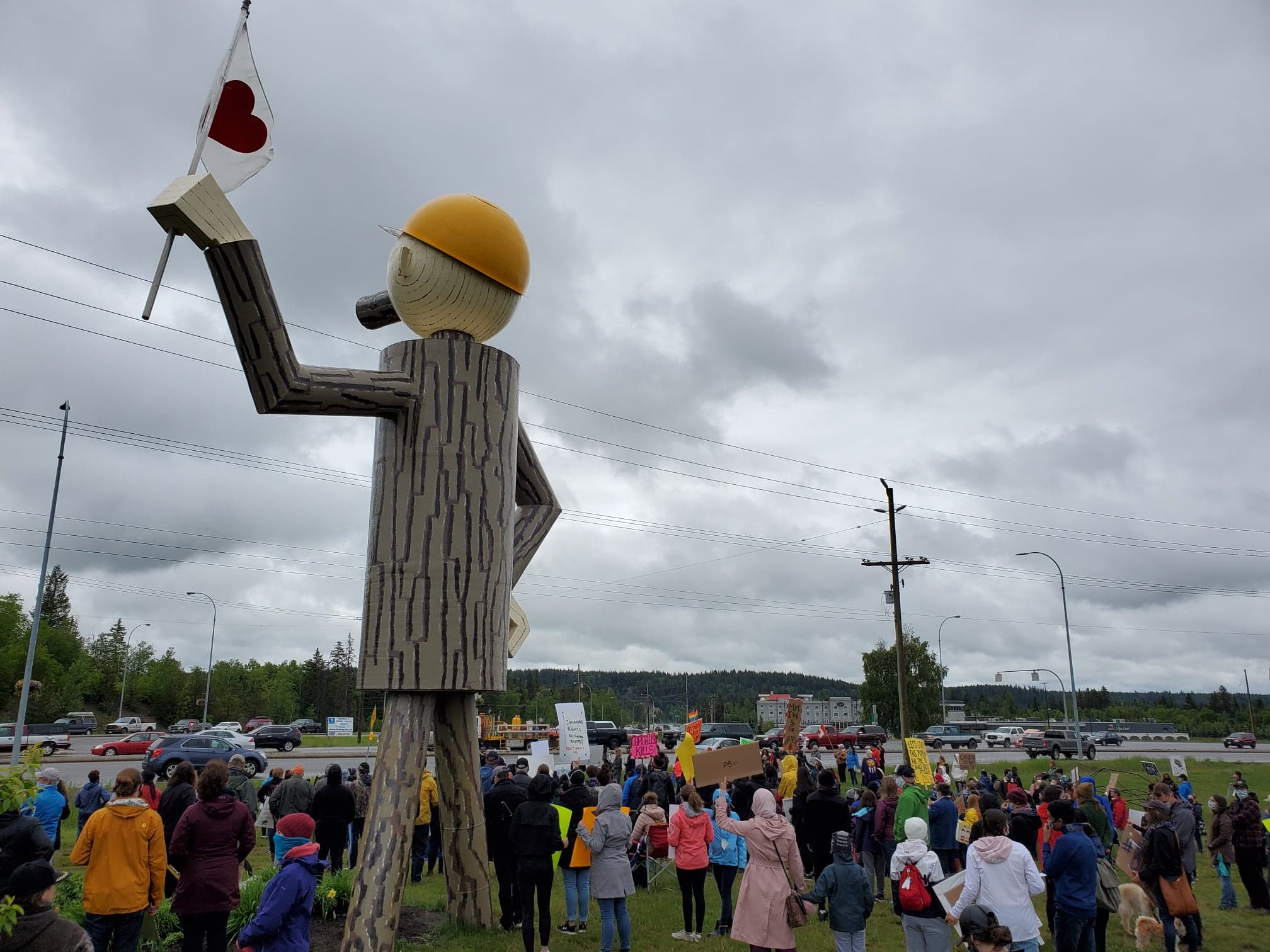 Rain couldn’t seem to keep people away as a crowd of several hundred gathered at the intersection of Highways 16 and 97.

This is the latest in a worldwide series of protests and demonstrations sparked by the death of George Floyd at the hands of police in Minneapolis on May 25th.

“It makes me feel really warm, and really loved, that this number of supporters would come out and say they want justice as well for the Black race and also for Indigenous communities,” said Prince George resident, Olamipo Bandele.

Many protestors chose to wear either disposable or fabric non-medical masks to prevent the spread of COVID-19.

“This issue has been resonating for years and decades, so I’m not surprised,” said Prince George Mayor Lyn Hall.

“I think this is a worldwide issue. We’re seeing protests around the world, and I don’t think it matters where you are: there are people suffering from racism, racist comments and racist overtones. Perhaps it got its kickstart in other areas, but it was just a matter of time until we in Canada saw these peaceful protests,” he added.

Hall added the community has become increasingly diverse and multicultural, which has helped alter the fabric of the City.