“People are nervous, but they are mad,”: Mackenzie Mayor on Paper Excellence curtailment 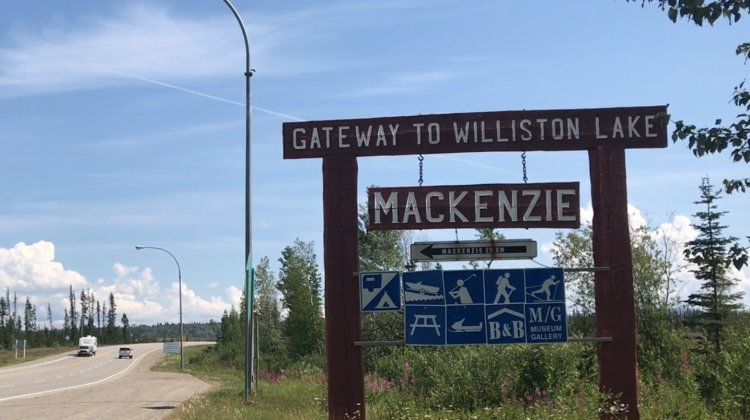 Mackenzie hosted a rally today (Tuesday) in support of the forestry sector that’s been decimated.

Earlier this month, the Paper Excellence Mill, which employees upwards of 250 people announced an indefinite curtailment.

Mayor Joan Atkinson told MyPGNow.com the company was put in a tough spot after the Canfor mill shut down last summer.

“The closure of the Canfor facility is what put Paper Excellence in such a precarious situation because Canfor had a chip agreement with them and when Canfor shut down that chip agreement went away.”

“For the past year, Paper Excellence has been chipping whole pulp logs, pulp mills are not economically viable if they have to chip whole pulp logs.”

Atkinson mentioned that for some people, this is a case of deja vu.

“Many of those displaced Canfor employees went to Paper Excellence and now they are being hit again losing their jobs a second time around.”

“People are very nervous but people are also very mad because we are in this situation where we have mills here with a robust fibre supply and our mills are sitting idle and logs are being shipped out of the community while our forest workers are unemployed.”

However, she believes there’s a slight chance Canfor may re-open in the community due to improved lumber prices but Atkinson isn’t holding her breath.

“I am hoping with the recent increase in lumber prices that will help Canfor make a decision to restart their mill in our community.”

“When I talked to Canfor last week there was no indication when they would resume operations or even if they ever will, they are making no promises.”

Atkinson added Conifex Timber, which has been shut down since mid-April due to the pandemic is slated to reopen on July 6th.

“It means one of the three big operations will be back in business but we’re still missing the other two.”

“We need to send a message to large corporations and government that something has to be done and that small, rural communities can no longer be pawns in the forest industry because that is exactly how we are feeling.”

When asked if the community will go to the Council of Forest Industries for help, Atkinson was lukewarm to that idea.

“They are both a friend and a foe because some of those big companies are members of that. I would love it if a small, family-owned business would move to Mackenzie because their decisions aren’t being dictated in a large board room.”

Atkinson landed a fall parting shot, this time at the previous BC Liberal Government, which was led by former premier Christy Clark.

“Government has to step up to the plate and make some tough decisions and take back force from the large companies because right now large corporations are in control of the forest industry in BC and legislation that was brought in by the previous government facilitated that leading to the removal of the Forest Practices Code and moving to the model of professional reliance, it has not worked or helped any of the smaller communities.”

The Paper Excellence Mill will be curtailing operations on June 30th with workers getting paid until August 9th.