The intersection of business and LGBTQ+ pride in Prince George 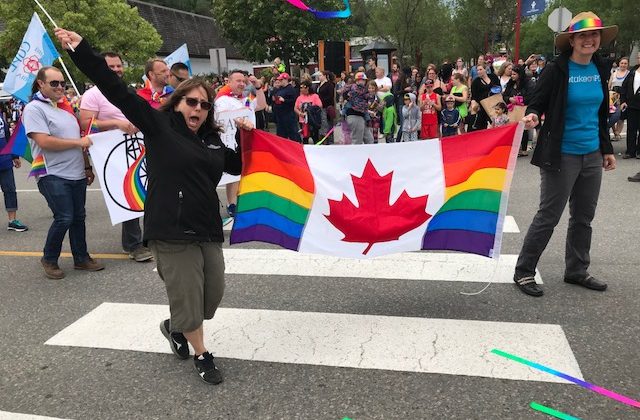 The parade was cancelled this year due to COVID-19 restrictions.

Some examples of larger businesses participating in metropolitan Pride events have drawn criticism, with some referring to the practice as “Pink Capitalism”: the commodification of marginalized identities – and pride parades.

“I just want to acknowledge those companies in Prince George that have always been super supportive of Pride… I think that sometimes there is a fear that something bad will happen, or that someone will say something in a business or do something against a business if they show support for pride, but that’s part of the activism.”

She added that supporting LGBTQ+ rights should be a year-round practice for local businesses.

“I do believe that people have the best of intentions, but running a business can be extremely busy,” Trabant explained.

Trent Derrick, owner of Rocky Mountain Chocolate Factory in Prince George felt that Pride Month visibility is only one piece of activism.

“To be an ‘everyday ally’ and support pride every day… that’s what we want to do as a business in Prince George,” he said, continuing “visibility is extremely important, but it’s also the unseen behind-the-scenes things: teaching inclusivity, treating everyone with respect and dignity. That’s important to model as a business owner.”

“Whether it’s political, business, or your everyday life – they’re not interchangeable, but to be a person of integrity they should all reflect the same,” Derrick concluded.

Prince George Pride Society’s virtual photo contest is being supported by Northern Capital Restorations and is one of 160 LGBTQ2+ community initiatives and 83 Pride festivals across North America supported by TD Bank.

We also understand that it is about more than just a rainbow product.

We are also committed to being an inclusive and safe space for LGBTQ customers and our employees. We will be donating the proceeds from the sale of our Rainbow Bomb packs to support the Northern Pride Centre

Although the traditional parade has been cancelled, Prince George’s Queer Cafe has scheduled a car parade next weekend (July 4th).