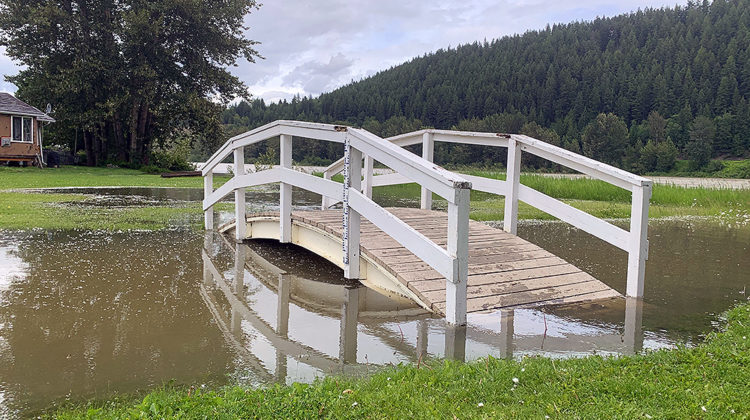 The City of Prince George is issuing an evacuation alert for Farrell Street due to a significant risk of flooding from the Fraser River. 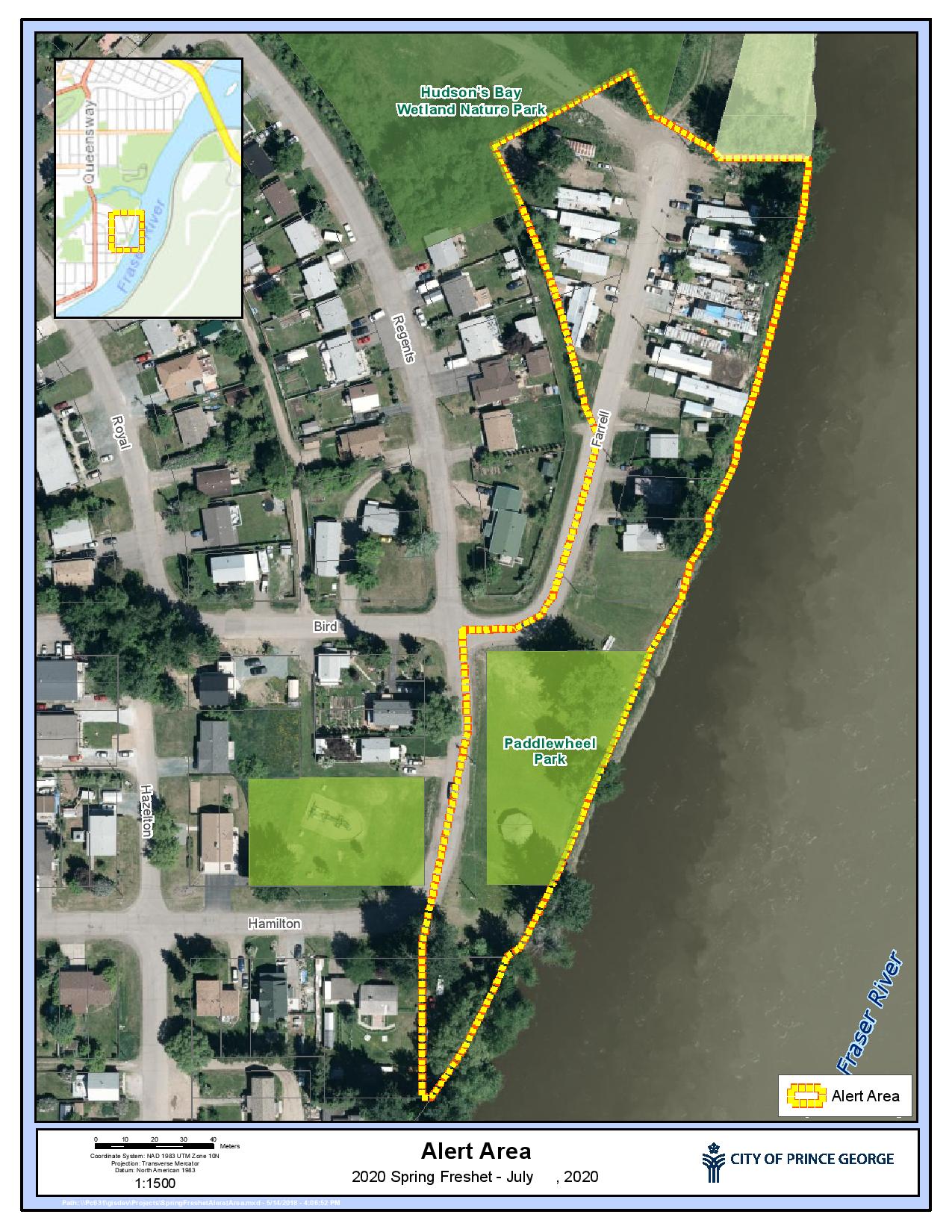 Homes on Farrell Street could start to flood when the river reaches about 9.8 metres.

Recent heavy rainfall has caused the River to rise significantly, and flooding may also occur at Paddlewheel and Hazelton Parks.

Sand and sandbags are available to the residents of Farrell Street and are positioned at the North end of the Street.

Residents under alert are strongly advised to have an emergency kit readily available to enable them to quickly leave their properties in the event of an evacuation order.