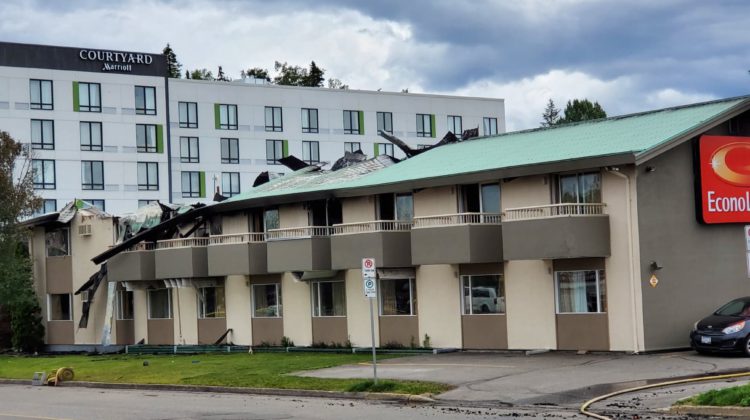 RCMP say the deceased individuals were found inside at about 12:30 pm, almost three and a half hours after the blaze began.

Police were advised by fire personnel that the fire appeared to be suspicious.

However, the investigation is just beginning and the cause has not yet been determined.

Just before 9:00 AM, emergency crews responded to reports of a fire on the premises of the Econo Lodge Motel, on the 900 block of Victoria Street.

Emergency crews attended the scene and found a portion of the building on fire.

One witness said she was alerted to the fire by the sounds of screaming.

“We were able to get out through the stairwell, but it was black – you could hardly see anything. It was hard [to breath]. It was really hard, I have asthma,” said Hannah Roberts, one of the evacuees.

“We heard some kids screaming before we opened the door, but there were no fire alarms going off – nothing,” she continued.

Cody Walker, a Hazelton resident visiting the city, said he was awoken by thick smoke and had to jump out of his second-floor balcony to escape.

“I jumped off the balcony, held onto the edge and kinda looked down and did a tuck and roll.”

Crews from all four of the city’s fire stations were involved in tackling the fire.

The Prince George RCMP Serious Crime Section has been called in to lead the investigation.