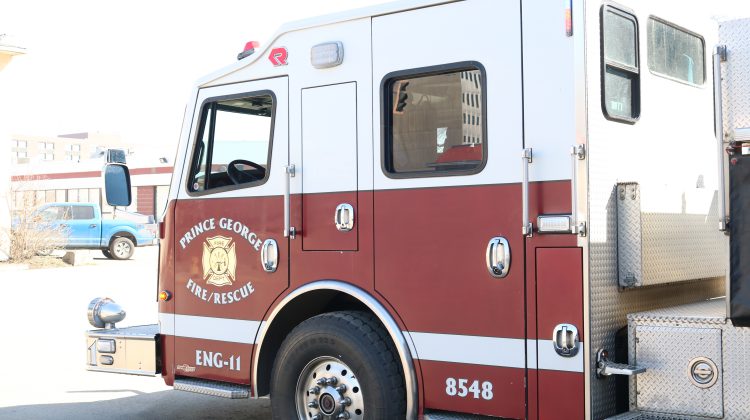 Following Wednesday’s fatal fire at the Econo Lodge, the Prince George Fire Department reminds the public to have a working smoke alarm in their home or business. 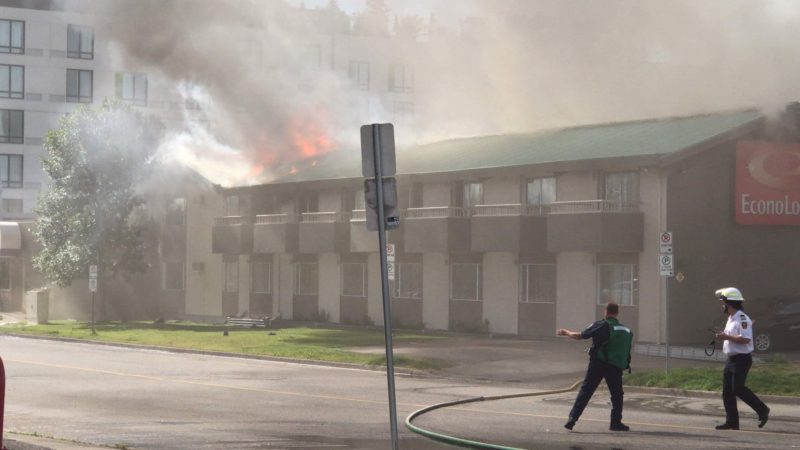 The scene of the fire (Photo by Brendan Pawliw, MyPGNow.com staff)

Three people died during the downtown blaze and local fire crews along with the Prince George RCMP are currently investigating and have since asked for any video footage or pictures from the public.

Deputy Chief Paul Knudsgaard told MyPGNow.com the results can be fatal if you’re not properly protected.

“Unfortunately, there are sometimes tragic results when patients are unable to recognize smoke or combustion in their home and at that point sometimes without the proper warning it’s too late.”

“Smoke alarms are critical to saving lives. It’s vitally important that people have smoke alarms in their homes, certainly public buildings are equipped with smoke and heat detection devices that are required under the law.”

He adds smoke alarms in homes should be located in the kitchen and near a bedroom with testing occurring every six months.

“There is no legislative requirements in a private home to have a smoke alarm although we highly recommend it there may be insurance applications that relate to smoke alarms. In public buildings that are inspectable, it is recognized under the BC Fire Code that there are specific requirements based on the occupancy as well as the type and size of the building.”

Knudsgaard mentioned that public buildings are equipped with detection devices and businesses can face a range of fines if the alarms aren’t working.

“There are a number of different financial penalties that are in the fire bylaw, depending on the nature of the infraction within the fire code.”

A few witnesses who were staying at the motel at the time of the fire stated that no fire or smoke alarms went off in the building.