“I’m focusing on the here and now,”: Horgan remains mum on early election 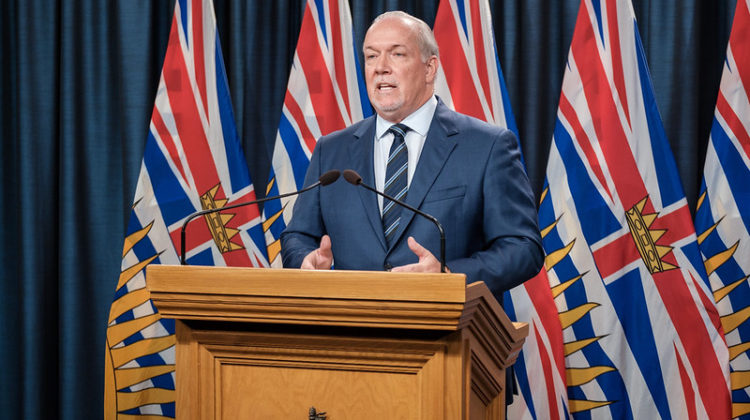 Premier John Horgan isn’t tipping is hand either way on whether an early election will be called this fall.

BC remains in a pandemic and a recent survey stated 80% of residents don’t want to go to the polls.

My Twitter poll on an early election has had 2400 replies (which is a lot) and it has been running from the start at 80% against and only 20% in favor. #bcpoli #COVID19 https://t.co/dQcs7pfzFC

In an exclusive interview with Vista Radio, Horgan said his priorities are elsewhere.

“I get asked this question a lot and quite frankly, I want to focus on making sure we are getting dollars out to people, communities, and businesses, to keep things going in British Columbia.”

“We are a minority government. We are mandated to have an election by next October but I am focusing on the here and now and I am making sure that the investments in health care land safely as we’ve got a significant flu vaccine program that is part of the 1.6 billion dollars (fall/winter pandemic preparedness plan).”

If and when an election is called, the NDP will have some holes to fill as longtime MLA’s Scott Fraser, Shane Simpson, and Doug Donaldson won’t be seeking re-election.

The BC Greens also named Sonia Furstenau as its new leader, replacing Andrew Weaver who stepped down due to health reasons last year.

She mentioned on Monday that a snap election would leave the province leaderless during a portion of the pandemic as Horgan tries to obtain a majority government.

In addition, essential workers in BC are still waiting for their pandemic pay from the province, which raised concerns from the Government Employees Union.

The organization stated last week BC is lagging behind Manitoba and Ontario who have already paid out the extra funds this summer.

Horgan responded to those concerns.

“I appreciate those workers on the front lines that are looking for their pandemic pay don’t need to hear excuses but we are working as fast as we can to bring forward those increase as well as our economic recovery plan.”

He mentioned Finance Minister Carole James is in charge of getting out the additional funds to these workers.

Employees are expected to receive a lump-sum payment equivalent to about $4 per hour for straight-time hours worked.

However, anyone employed at public liquor stores, child care workers, and provincial enforcement officers are not eligible for the program.

Horgan also wants to give a leg up to public transit as the province continues to march on with its recovery efforts.

Increasing ridership to critical services like BC Transit remains a top priority.

“Whether it be in the Lower Mainland or across British Columbia, they have seen a big hit in ridership when people weren’t working they also were not riding the bus. We are going to try and build back that ridership and make sure that public transit has that farebox revenue restored.”