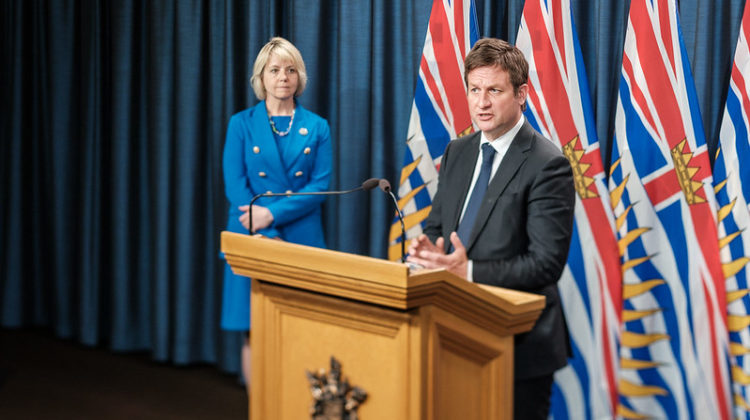 Earlier this month, a report issued from Raising Canada 2020 stated the pandemic has had a harmful impact on children’s mental health where 57% of kids between the ages of 15 and 17 say it’s worse now than before physical distancing measures were put in place.

In an interview with Vista Radio, Fleming said the big advantage of the return to class is to surround kids with teachers, support staff and councillors, people they haven’t seen in over six months.

“And they also get them settled back into school, which is a place where they can engage in learning and reduce their feelings of isolation at home and not being around their peers. I think that is the single biggest advantage of the return to school for many kids who have reported declining levels of mental health.”

When it comes to COVID-19 testing for students, provinces like Ontario stated in its back-to-school plan, the student population of about two-million will not be subjected to mandatory testing, leading many to wonder where BC stands on the issue.

Fleming continues to be a staunch believer in the province’s testing, stating it should be an effective model for students.

“We have almost instant test results within 24 hours or better continuing to have a robust testing regime is something that has served us very well.”

“Obviously anytime there is an exposure event whether its community sports or in a business or residential care setting or a school requires that the contact tracing details who may have been exposed for what period of time and takes all of the precautions into self-isolating.”

Right now, the province is conducting around six-thousand tests per day, with the goal of boosting capacity to 20-thousand a day under their fall/winter pandemic plan.

In addition, Fleming also responded to a scathing report from the provincial ombudsperson on incorrect exam scores for students.

In a 50-page report, Jay Chalke (Chalk) outlines half of the 18-thousand incorrect test scores were higher than they should have been while the remainder were lower.

Even though 100-thousand potentially incorrect transcripts may have been obtained by post-secondary schools, Fleming mentioned no students shared their grievance with the ministry.

“Over the course of a year, we haven’t had a single complaint about a student not getting their first choice university on the basis of an exam error that was rectified within 72 hours.”

“Ministry staff worked overnight through a long-weekend to ensure that human error was detected and remedied, we have to see but we will be implementing all of those recommendations.”

“We have already implemented or are in the process of adopting four of the six recommendations, we have asked for an extension to address a couple of the additional ones including the potential for a refunding scheme if anyone incurred costs on the basis of incorrect test tabulations.”

Some of the recommendations are as follows: