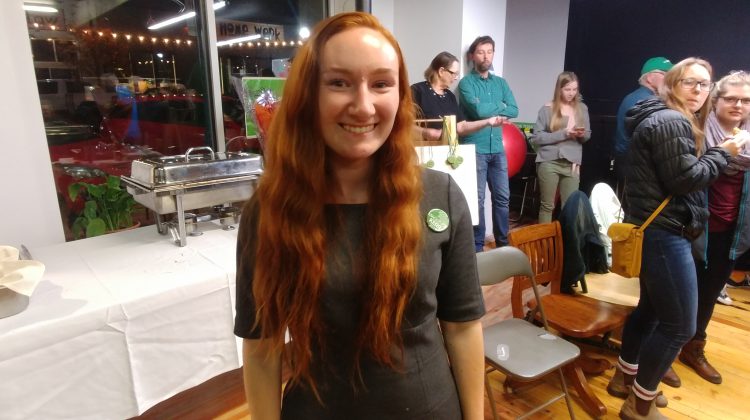 The B.C. Green party has picked a candidate for Prince George – Valemount.

“I was inspired to run again because I think we need something different,” explained Kerr, who was on the ballot for the Greens in Cariboo-Prince George in the 2019 Federal Election.

“A lot of the issues, that I campaigned under federally, are the same at the provincial level,” she added.

Kerr admits the campaign trail will look different this year, as traditional gatherings will be limited.

“We (the Green party) won’t be having a campaign office,” Kerr explained.

“There are precautions that we have to take, but we are hoping to reach as many voters as possible with phone canvassing and through social media.”

While the official platform for the party is not out yet, Kerr plans to focus on sustainable forestry and local agriculture.

“We need to be talking about both the opioid and COVID crisis, and also the global climate crisis as well right now. We have a lot of things on our plate.”

At 23 years old, Kerr knows she is one of the younger candidates in the region, something she says could work to her advantage.

“I have different experiences. Some people say younger people have less experience, but I think it’s just different,” she said.

“I, as a young person, have been dealing with social media my whole life. There’s also a housing crisis right now, and I am currently living with family members because rent is so high. I think that’s an issue that affects young people more than you would think. ”

The NDP have yet to announce their candidate for the riding