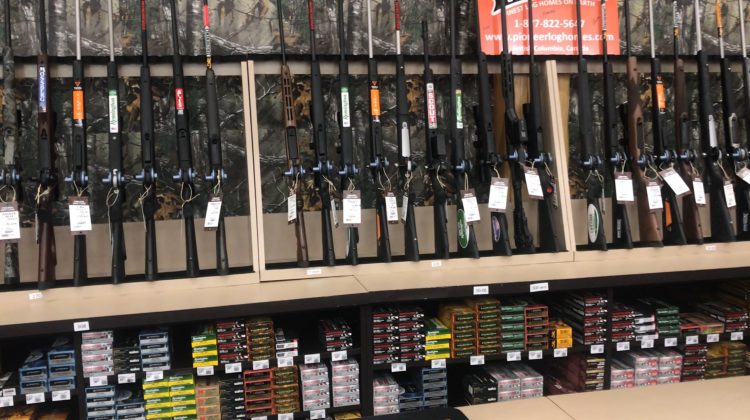 The Federal government recently discussed the Firearm Buyback Program related to the over 1,500 firearms and their variants banned by the Order in Council (OIC) in May of 2020 following the mass shooting in Nova Scotia.

On Tuesday, Prime Minister Justin Trudeau stated the buyback program will progress in the coming months, meaning registered gun owners would turn their banned firearms into law enforcement and would receive some kind of compensation.

Trudeau also discussed the proposed Bill C-21, which would implement a number of new restrictions including giving municipalities the ability to ban handguns using bylaws.

Cassie Premack, owner of K.K.S Tactical Supplies in Prince George has been dealing with the repercussions of the ban for nearly a year and is currently sitting on about $75,000 worth of prohibited inventory that she cannot sell.

“We still have no clear instruction on what a Federal Buyback program would look like for businesses,” explained Premack.

The Federal government described the banned firearms as ‘assault-style weapons’ designed for military use.

Premack says ‘assault-style weapons’ isn’t a legal definition which has left many gun owners wondering how the government decided what firearms needed to be banned.

“This is a term they coined on May 1st,” she said, “when they’re talking about Military grade firearms they mean fully-automatic firearms used by the Canadian Military or other militaries across the world.”

She says this is causing confusion because fully-automatic firearms were banned in Canada when Bill C-17 was passed in 1976, because of this, Premack believes the guns were banned based on their appearance, not on how they function

“A lot of the firearms have been classified as military-assault-style weapons but actually don’t function any differently than a bolt action or any other non-prohibited firearm that is still available on the market,” Premack explained.

Many of the banned guns are semi-automatic firearms, which shoot one projectile per trigger-pull then automatically reloads another projectile that, again, requires the trigger to be pulled in order to exit the barrel.

Premack says the only real difference semi-automatic firearms have from non-prohibited guns is that they reload automatically, whereas others need to be reloaded manually.

“For example, when you look at the Ruger 10/22, which isn’t banned, it has been the most popular gun for Grouse, Rabbit or Gopher hunting since the mid-’60s,  it is a semi-automatic that shoots the exact same as an AR-15, which is banned,” Premack stated.

Additionally, the Ruger Mini-14 is a .233 calibre semi-automatic firearm that was used in the École Polytechnique massacre in Montreal in 1989, it joins the AR-15 on the list.

Pellet and paintball guns fall in between those restrictions, and if Bill C-21 is implemented they would then be prohibited in Canada as well, according to Premack.

“For us, we have been a really big supporter of the PG Airsoft Group, about 25% of our inventory is geared towards Airsoft so we would be looking at losing an additional $25,000,” explained Premack.

Bill C-21 was introduced to the House of Commons on Tuesday, in the hopes of reducing gun violence and crime in Canada.

A Criminal Code amnesty is in place until April 30, 2022, meaning newly prohibited firearms can only be transferred or transported within the country for specific purposes.

The amnesty protects registered gun owners from criminal liability and enables them to comply with the law.