Armstrong, Gauthier and Dowhaniuk named to BC Hub Team of the Week 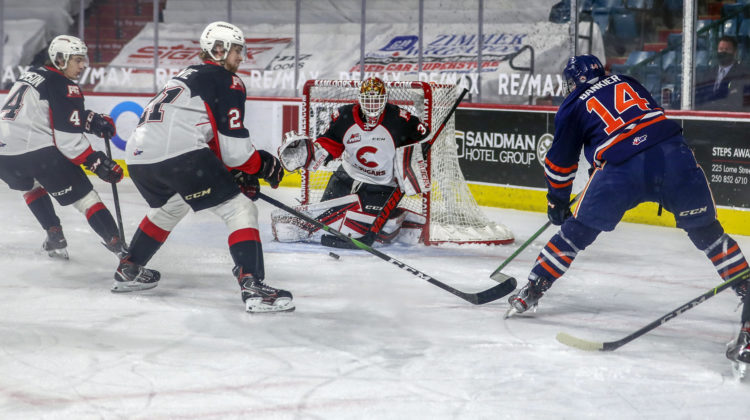 Three Prince George Cougars are among the six players named to the B.C. Hub Team of the Week.

Upfront, Craig Armstrong was recognized for his recent play accumulating five points in four games. The 17-year-old from Airdrie, Alberta has 13 points in 16 games inside the Kamloops/Kelowna hub.

Keaton Dowhaniuk made the list for the first time following an impressive week. He also netted five points in four games (a goal and four assists). His best game  was a four-point effort against the Kamloops Blazers on April 28th during a 5-1 win.

Between the pipes, Taylor Gauthier continues to heat up for the 7-7-2-1 Cats. In his three starts, the 19-year-old from Calgary posted an eye-popping 1.33 goals-against average to go along with a  .958 save percentage and three victories.

In addition, he was named the WHL’s Goaltender of the Week.

The Cougars are back in action tomorrow (Tuesday) against the Kelowna Rockets. Puck drop is at 7:05 from Prospera Place.

You can catch the action on 94.3 the Goat with Fraser Rodgers.

Here is the full list of weekly award winners: