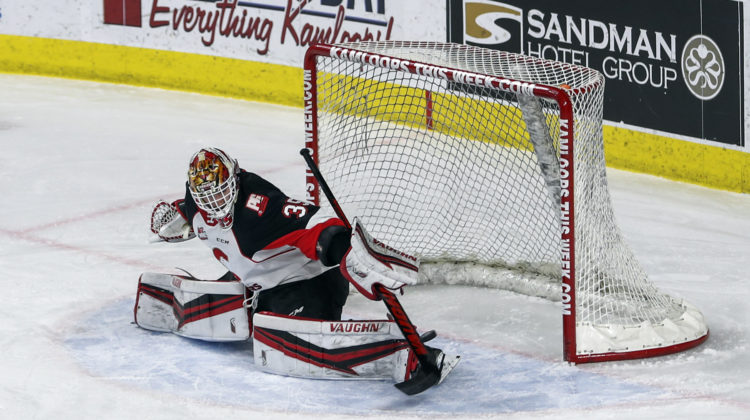 Taylor Gauthier’s stellar play in between the pipes for the Prince George Cougars continues to catch the eye of the Western Hockey League.

For the second week in a row, he was named Goaltender of the Week.

He was selected ninth overall by the Cougars in the 2016 WHL Bantam Draft.

Gauthier was also named to the BC Division Hub’s Team of the Week.

The Cougars wrap up their season on Wednesday against the Kamloops Blazers.