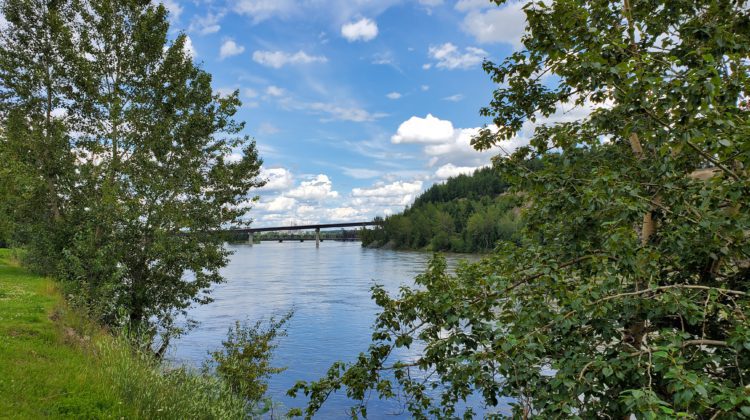 The Fraser River has been on the rise recently, as a Local State of Emergency was called and an evacuation alert was recently issued for residents in some parts of Farrell Street next to Paddlewheel Park.

The alert has since been rescinded and Jonathan Boyd, Hydrologist with the BC River Forecast Centre says the levels, which peaked at about 9.5 metres over the weekend, were caused by rapid snowpack melting.

“It was an above-average snowpack for the headwaters of the Fraser River up the Robson Valley and up the McGregor River and the High Streamflow that we did issue was primarily related to warm temperatures at the very end of May and the first few days of June,” Boyd explained.

He adds that while the Fraser did reach pretty high levels, there was no high risk of severe flooding at the time, as the levels are somewhat expected for this time of year.

According to Boyd, the River has dropped by about one metre due to the cooler weather, and whether or not another alert is issued depends on the amount of precipitation PG sees in the coming days.

“It really comes down now to probably a rain event, if we have another really strong heatwave this week that’s as warm as last week or even warmer there’s a chance that the response in the river could be equally as high or maybe a bit higher,” he noted.

Due to the unsettled weather across the province, the BC River Forecast doesn’t really know what to expect in the coming days with the Fraser.

However, Boyd assures that Prince George residents should only be concerned about levels rising again if a substantial amount of rainfall lands upstream around Mcbride or Hansard in the Robson Valley or in the McGregor River Watershed.