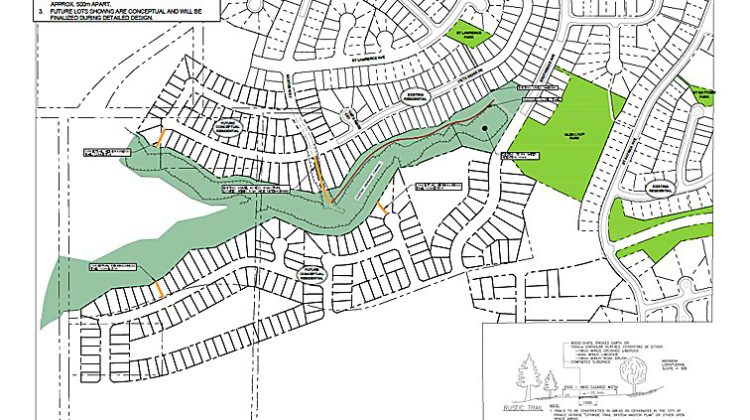 Map of proposed subdivision (Photo by City of Prince George)

A group of concerned locals have banded together with concerns surrounding some recent housing developments in Prince George.

The residents of the Southridge and Vista Ridge areas are sharing their major concerns about an application being made to rezone 2 areas of land, and have created a petition to oppose the project which has garnered 54 signatures.

Century Lands Corporation is looking to develop an over 200 lot subdivision South of St.Lawrence Avenue, which would include a mix of single and multi-family homes.

In total, the areas take up about 33.94 Hectares of space that is located at the southern terminus of Southridge Avenue, however, L&M Engineering explained during a virtual public consultation process that the rezoning application only encompasses a total of 2.83 hectares.

During the consultation, L&M Engineering noted that the entire subject property is located within the Ospika South Neighbourhood Plan, and allows for multi-family housing to be permitted according to an amendment made in the 2008 Staff Report to City Council.

Sushil Thapar is the group’s spokesperson and served as a Quesnel City Councillor for 5 terms, he says about 80 households in the neighborhoods have shared concerns. 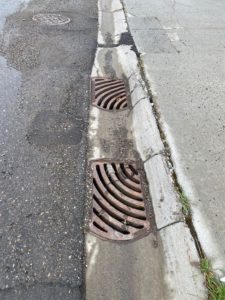 “This development, the city is rushing it. They’re also changing the OCP, which gets done for land use for reasons, and people put a lot of time and input in it and then it gets finalized. Then all of a sudden, they’re trying to make amendments and take the park away at the end of Vista Ridge by changing it to single-family use.”

Thapar says the Vista Ridge development was approved initially with consideration to the park space.

“So we’re here compensating the green part, and secondly they’re basically asking the single-family use, all the families built in this area from St.Laurent and Southridge and up are built as single-family developments and people have built all those expensive houses for the single-family.”

One of the main issues raised by the group is the increase in traffic this will bring to the area, Thapar noted that children often walk to the nearby Southridge Elementary School in the area, and this could make the commute much more dangerous.

“Southridge and Vista Ridge is not a main artery, it’s a side street and they’re trying to turn it into a main artery just like a highway,” he explained.

A traffic study of the area was conducted in the area, but Thapar says that since it was completed during the pandemic, school times and rush hour wasn’t taken into consideration during the study.

During the public consultation process, L&M Engineering reassured that currently the entire property is zoned to allow for an additional 540 vehicles at Southridge/St. Lawrence Drive and the rezoning would only add 35 vehicles compared to what the developer can already construct.

Thapar says they’re also concerned about Prince George’s 40-year-old infrastructure, noting that they’ve already experienced two water main breaks in the past few years, and is worried about the impact an additional 200 developments will take.

He says that even with the virtual public engagement session and City Council’s public hearing held earlier this month, communication has been limited between necessary parties and is still very concerned with how this will impact residents financially.

“The taxes are astronomical already,” he explained, “and when we look at the city with the Parkade and other projects, these rushed developments are not going to fulfill the pockets that the city is emptying. They keep increasing their expenses but not their revenue.”

Earlier this month, the City council approved the first and second readings of bylaws to amend the city’s official community plan and rezone the properties to facilitate the development of the proposed subdivision.