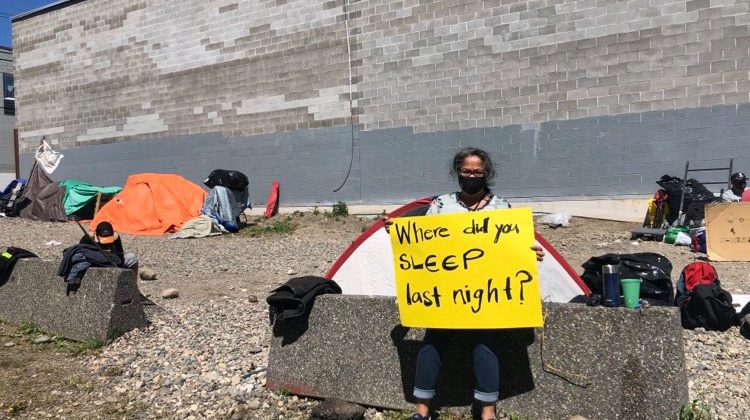 Homeless Prince George residents residing in the area in front of the Court House commonly referred to as  ‘George Street Tent City’, will be removed.

In the past month, residents have gathered numerous times in the area to advocate for more resources allocated to the local homeless population.

City Council has directed City Administration to pursue a civil injunction allowing for the removal of unlawful encampments, which includes the one on George Street.

The occupants of the George Street encampment will be served notice of trespass tomorrow (Friday).

The City says they are collaborating with multiple government ministries, Northern Health, RCMP, and community outreach organizations to address the overdose crisis, and the pandemic’s toll on homelessness.

Additionally, Council will consider the first three readings for a proposed new Bylaw called the ‘Safe Streets Bylaw’ on Monday night, which deals with a range of issues including aggressive panhandling, loitering, littering. sidewalk obstruction, graffiti, open drug use, and needle disposal.

During the meeting, Council will also consider directing the administration to amend the current ‘Parks and Open Spaces Bylaw’.

The actions would give the City clearer authority on removing people who are camping, creating fires, consuming alcohol or engaging in nuisance activities in parks and open spaces.