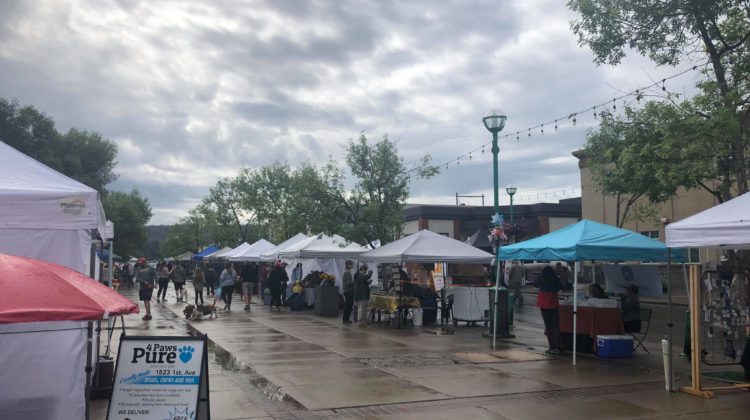 The third day of Downtown Prince George’s Summerfest Saturday’s is going on today from 8:30 am until 2 pm. 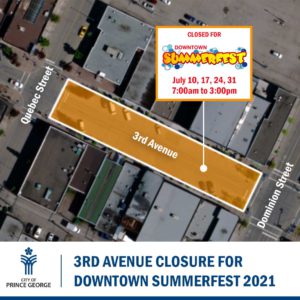 For the first two weeks of the event, the days were celebrating downtown patios and downtown specials, respectively.

According to Colleen Van Mook, Executive Director of Downtown PG, this theme was important to bring attention to all the businesses that allow dogs.

“We wanted to let people know that lots of places in downtown PG are dog friendly. We’ve got some patios and some shops who would definitely welcome the dogs,” explained Van Mook.

Participating dog parents can head downtown and get portraits taken of them and their dogs.

“And then the Wilson Square Market is actually planning a dog parade at 11:30, and there’ll be treats to give away and we really just wanted to roll out the red carpet and let everyone know that dogs are welcome in our downtown and it’s time to treat them to a fun day in downtown,” added Van Mook.

There will also be a contest every day where residents can head over to the Downtown PG booth in the farmers market and enter to win gift cards, with today’s prize being a $250 gift card to Four Paws Pure and $250 to Purple Moose Portrait Studios.

Van Mook says that Summerfest Saturdays was a good way of hosting the annual event without holding a large, crowded event in one day that residents might not be comfortable with just yet.

Downtown PG has partnered up with the RCMP and the Prince George Cycling Club to host a Bike Valet in front of Cycle Logic.

During all event days, 3rd avenue will be closed to vehicle traffic between Dominion Street and Quebec Street from 7 am until 3 pm.