Cougars drop below .500 after a loss in Kelowna 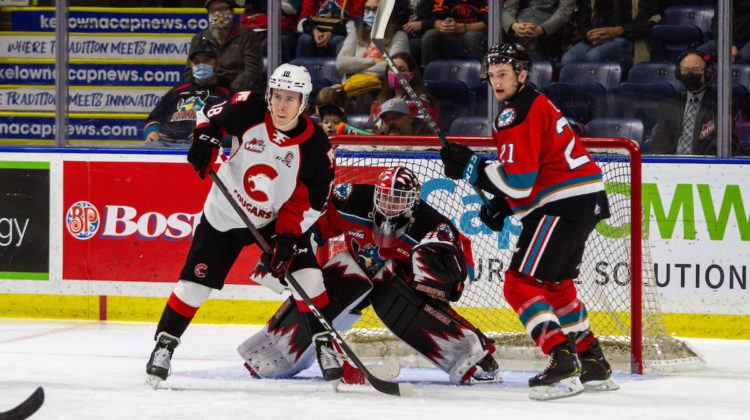 For the first time this season, the Prince George Cougars played the Kelowna Rockets and it did not turn out well for the visitors.

Saturday night before 3,400 fans at Prospera Place, the Rockets scored twice in each of the last two periods to beat the Cougars 4-1.

It was the third straight loss for Prince George and second in as many nights as they fell 3-1 on Friday to the Vancouver Giants.

(The Cougars are 5-0 against Victoria this season but 0-6 against Kamloops, Vancouver, and Kelowna)

Koehn Ziemmer scored his 3rd of the season Saturday against the @Kelowna_Rockets.

Koehn Ziemmer scored his third of the season in the second period to give Prince George a brief 1-0 lead.

Jake Lee, with his first of two goals, notched the winner two minutes after Szturc’s tally.

Tyson Feist added the insurance goal in the third followed by Lee’s second of the night on a five-on-three power-play.

Taylor Gauthier took the loss in net as he made 30 saves, including a highlight-reel stop.

The 5-6 Cougars host the (6-2-1) Vancouver Giants on Tuesday and Wednesday.