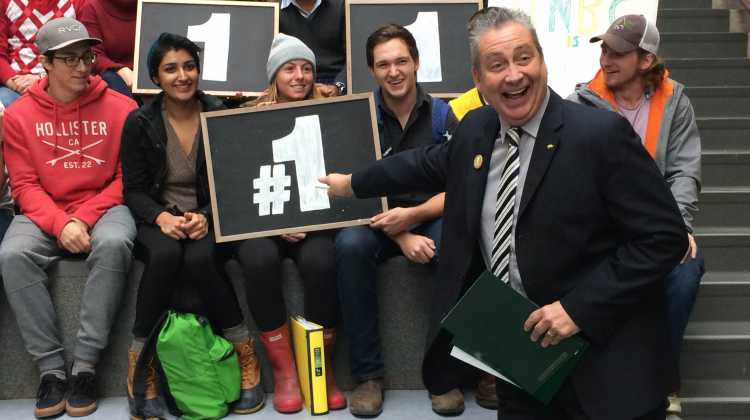 It’s a good day to go to UNBC.

Students and Staff flooded the Canfor Winter Garden this morning to celebrate their new number one ranking among undergraduate universities in Maclean’s Magazine.

The school had been #2 previously, until this year when Maclean’s included student satisfaction surveys in their ratings.

“There’s so many opportunities for students to get engaged at UNBC” said Northerm Undergraduate Student Society President Duncan Malkinson. “There are sixty different clubs that students can get involved in, there are opportunities for research with different professors. You can be alone when you want to, and you can be very much a part of the community when you want to.”

He says it’s a day for celebration, but also a challenge to the university.

“It’s an opportunity for UNBC to set the bar now” said Malkinson. “It’s a confirmation of the good work we’ve been doing in some ways but it’s also a call for us to work to even better standards.”

The jump to number one coincides with UNBC’s 25th anniversary.