Province working towards settlement with Cheslatta over Kenney Dam 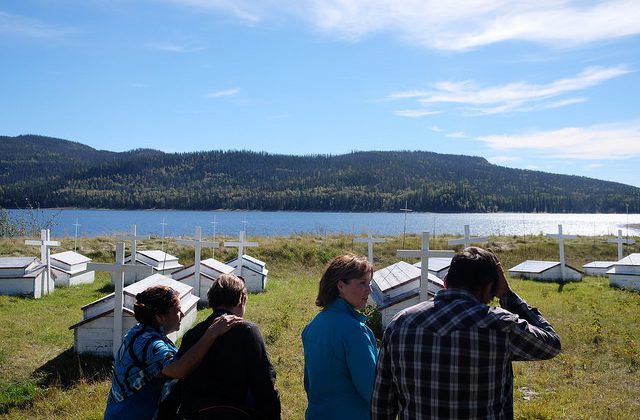 The province says they are moving towards a settlement with the Cheslatta Carrier First Nation over the flooding of their lands as a result of the construction of Kenney Dam in the mid 1950’s.

The project flooded 120,000 acres of the Chelsatta’s territory with just two weeks of notice. The waters destroyed villages, vegetation, archaeological and spiritual sites. The Cheslatta are located about two hours drive south of Burns Lake.

Grave sites were washed away and continued flooding still brings human bones to the lake shore during times of high water.

Rustad anticipates the settlement will include “land, economic opportunities and cash.” 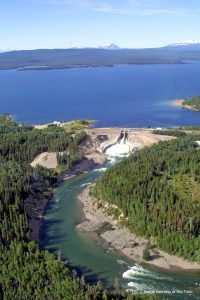 Skins Lake Spillway, which empties into the Murray-Cheslatta system

“There are things that the Cheslatta people are trying the achieve to be able to recapture some of their heritage and desires to be self sufficient.”

In 1993, the Government of Canada paid $7.4 million in a settlement over the project.

The ‘Framework for Negotiation’ made public today lays out a process to move forward with finding a settlement between BC and the Cheslatta. It also calls Rio Tinto to the table, acknowledging that “Nechako reservoir management is an issue of critical importance to Cheslatta and that a failure by Cheslatta to reach agreement with Rio Tinto on reservoir management may affect the negotiations between Cheslatta and BC.”

Overall, the framework provides the Cheslatta with early benifits up to a maximum of $2.3 million.

The Skins Lake Spillway currently discharges water into the Murray-Cheslatta system to feed the lower Nechako River. The water continues to create serious erosion problems for the area, and Rustad says it’s something they are working to resolve with Rio Tinto.

“They’d like to see a way to get the water out of that and of course during high water, that water would have to go somewhere.”

A cold water release facility has long been proposed for the Kenney Dam to release water directly into the now dried up Upper Nechako, taking some pressure off the Murray-Cheslatta system.

Despite several funding announcements for the facility over the past decades, it has never been built.

Downstream, the Saik’uz and Stellat’en First Nations won the right to sue Rio Tinto over the project last year.