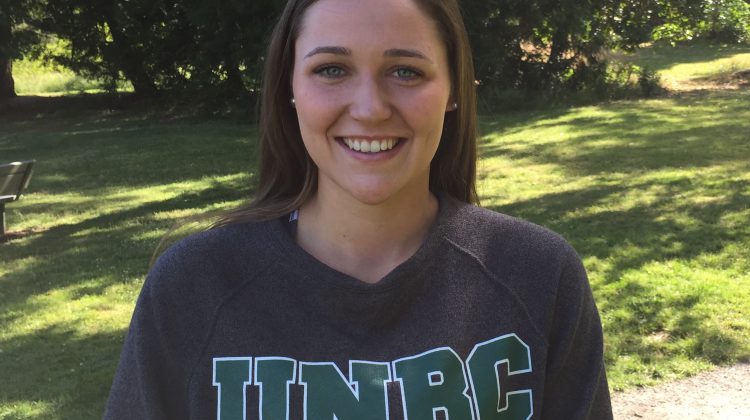 The UNBC women’s soccer squad is gaining a BC-born player with top North American college experience for the season ahead.

NCAA veteran fullback Ashley Volk has officially transferred to the Timberwolves after spending one year with the McKendree University Bearcats in Illinois.

The former Vancouver Island Wave product in the BC Soccer Premier League says her familiarity with UNBC Head Coach Neil Sedgewick was a big factor in her return.

“One of the major attractions to UNBC is that it is the number one school in Canada. I have known Neil a long time, I know the soccer environment I’ll be in, and I know I will develop not only as a soccer player, but as a person.”

Volk played 13 games in her freshman year at McKendree finishing with a record of 17-5-1.

YES! Ashley Volk (ash_volk11) has transferred from @mckendreeu in the NCAA to @unbc to play for… https://t.co/q9bnhmwOtc

She believes playing in the United States has helped her gain full knowledge of the sport.

“Playing in the NCAA allowed me to play a variety of teams. Fortunately, we had a lot of success which allowed us to play teams from all over the country with different systems of play. Coming into the U-Sports league, I think the pace and physicality from the NCAA will help me adapt.”

Coach Sedgewick adds this is a critical step forward for his team in hoping for future success.

“Ashley is a tremendous addition to our team. Her year in the NCAA helped her gather a great deal of experience. It comes on the heels of a number of years playing at the highest level in British Columbia.”

Volk plans to take chemistry at UNBC; the Lady Timberwolves first home game of the 2017-18 season is slated for September 15th, 5:30PM against the Mount Royal Cougars.