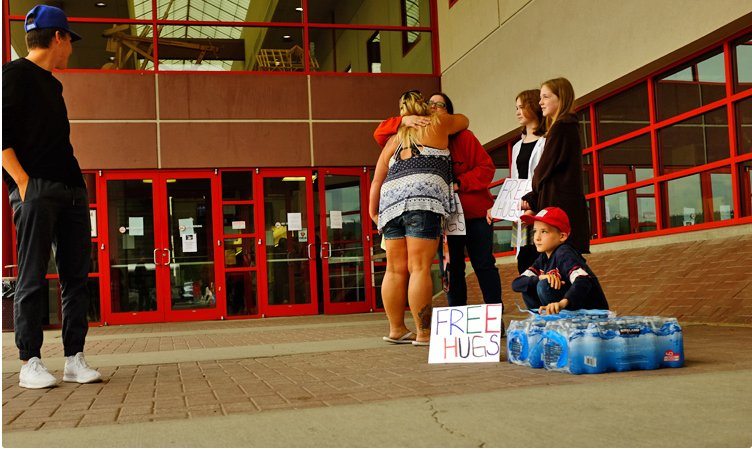 A significant donation was made to the Prince George Salvation Army for their relief efforts for people affected by the wildfires.

Captain Neil Wilkinson says the organization is blessed to work with so many people, and there are some that step up to help them to work in the community.

“We have had an anonymous local business person give a $50,000 donation. He would like to issue a formal challenge to the financial institutions of British Columbia to meet or exceed his donation.”

We'd like to thank our friends and numerous donors who continue to support our efforts to help #BCWildfire victims.

Wilkinson says he was contacted Tuesday by the anonymous donor, was able to meet them in person the following the day, and was both surprised and honoured by the donation.

“We do our very best to run to the front lines to meet needs as best we possibly can. We try not to put too much light on what we’re doing, we just want to be able to serve in the best way that we can. When we have people in the community that get behind the work that the Salvation Army is doing, it is just very overwhelming.”

The Prince George Salvation Army is serving an estimated 1,600 meals daily, as well as 3,000 snacks, for evacuees and volunteers at the College of New Caledonia (CNC).

They’re also assisting with spiritual support at CNC, as well as UNBC.

– with files from Rebecca Kelly, My Cariboo Now