Recycle Your Major Appliances For Free 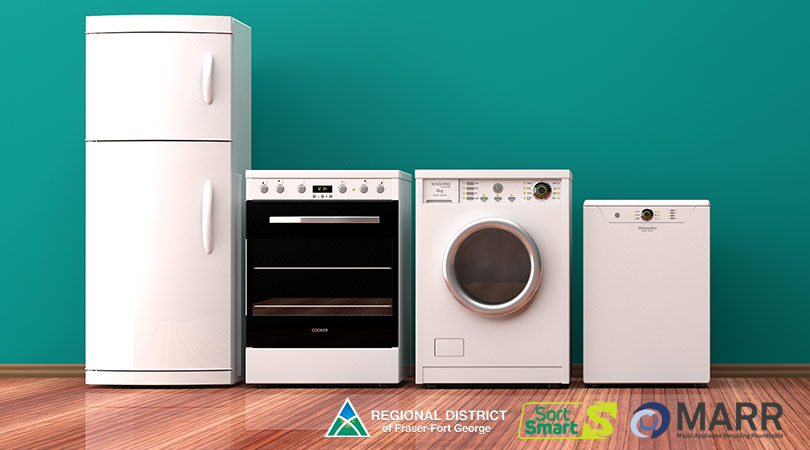 RECYCLE YOUR MAJOR APPLIANCES FOR FREE

The MARR stewardship program received the approval of BC’s Ministry of Environment in 2012 and today is the ONLY approved stewardship plan for collecting and recycling major household appliances in the province.

For more on the MARR stewardship program, visit www.marrbc.ca

For home owners, one of the easiest ways to save money is to purchase energy efficient appliances.  And with the new, comes the question of what to do with the old.

Major appliances used for cooling or freezing purposes (refrigerators, freezers, dehumidifiers and air conditioners) contain refrigerants, which are bad for the environment and human health if not properly handled and disposed of.

The Regional District’s partnership with MARR is a waste reduction initiative developed to increase awareness of recycling opportunities and reduce the amount of waste going to landfills by giving residents the opportunity to drop off their large appliances free of charge.

With MARR, you no longer have to worry about what’s recyclable and what’s not.  You just need to know WHICH facility to drop your large appliance off at!

Residences within the Regional District can drop off their large appliances for FREE – including appliances that contain Ozone Depleting Substances (ODS), as well as washers, dryers, stoves and a variety of other approved appliances.  All appliances must be clean and empty of food.

Other appliances that are part of the MARR recycling program include:

GET RID OF THOSE OLD APPLIANCES TODAY

To find out more about the MARR stewardship program, including facilities that are recycling large appliances free of charge, call The Regional District of Fraser-Fort George at 1-800-667-1959, email [email protected] or visit the website at www.sortsmart.ca

Green Tips for the Perfect Yard

How Much Food Are You Wasting?