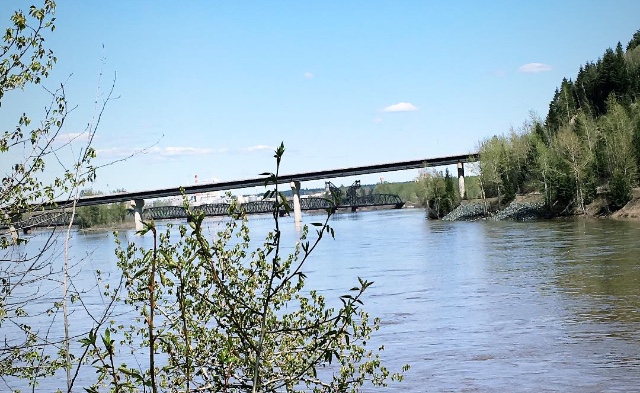 Yellowhead Bridge over the Fraser River in Prince George | (My PGNow.com staff)

It’s good news for Prince George residents: the BC River Forecast Centre has downgraded the region’s flood risk to a “High Streamflow Advisory”.

The new advisory means river levels are rising or may be expected to rise rapidly, but no major flooding is expected.

This news comes following a particularly tense period where parts of the city were placed under a flood warning.

Concerns were centred around the Fraser River.

“It’s quite unusual to have rivers this high at this time of year,” said Dave Campbell, head of the BC River Forecast Centre.

Up-to-date information on flooding can be found online.