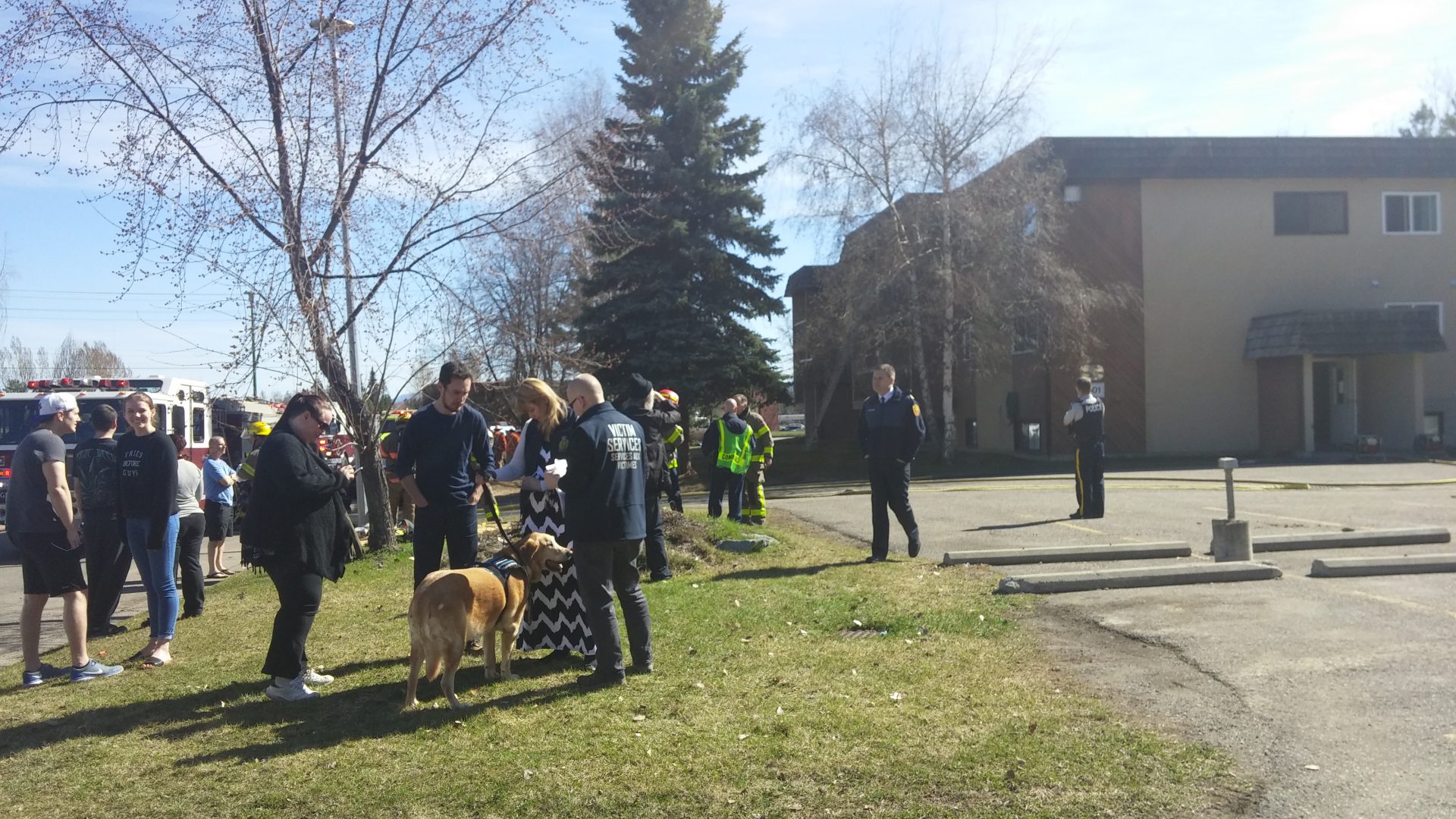 Prince George Fire Rescue, BC Ambulance and the RCMP responded to a fire in an apartment building on the corner of Azure Avenue and Foothills Boulevard just before noon today.

Assistant Chief Cliff Warner says crews were sent out to Westbridge Apartments in response to a commercial alarm.

“The alarms were activated and our initial reports were that there was some smoke in the building. Our crews…arrived on scene to find smoke in the second and third floor.”

The cause of the fire has not yet been determined but Warner says they do have at least one possible cause.

“There was some type of renovation or construction work going on in one of the units. We’re not exactly sure what the extent of the damage is at this point.”

Warner says the building consists of 18 units and he believes about 30 people live there.

“We have victims services from RCMP and the city’s emergency social services here to work with the occupants, if they’re going to be displaced.”

According to Warner, BC Ambulance treated some residents at the scene. Fire Rescue will continue its investigation into what triggered the alarm.