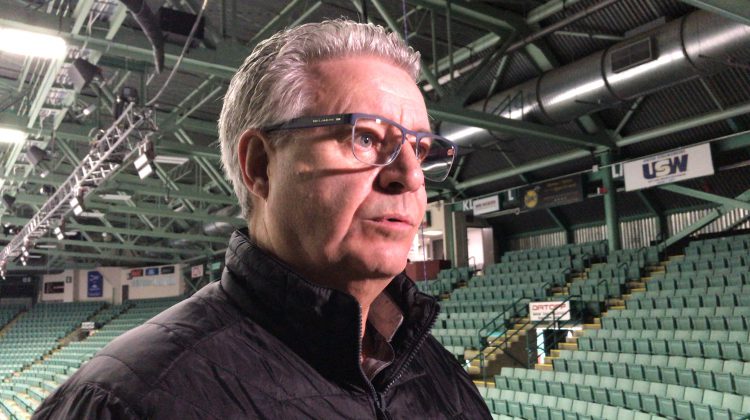 Prince George Mayor Lyn Hall states the cancellation of the World Women’s Curling Championship is a huge economic blow for everyone involved.

The decision was made due to the recent developments of the COVID-19 pandemic.

Hall told the media at CN Centre today (Thursday) the city is following all World Health Organization guidelines to keep their facilities as clean as possible.

“From a facility perspective, we monitor it all the time in great lengths over the last week to ten days if not longer to make sure we have sanitized all of our buildings.”

Curling Canada Spokesperson, Al Cameron feels badly for the northern capital after seeing the effort that was being made to make the event a success.

“I saw what it meant to this community to get this event and Glen, Ann and Shelly have done outstanding work and Prince George should be proud of them and proud of all of those 380 volunteers to make this a success.”

Cameron believes they’ll be back in Prince George sooner than later.

“I look around this facility and you know, I can’t imagine that there won’t be a significant event here again here there are good people here and they are good curling people and good business people. I feel for Glen, Ann, and Shelley.”

Northern Health Spokesperson Eryn Collins says anyone who feels they may have symptoms related to COVID-19 should call 8-1-1 or visit their primary care provider.

In addition, Collins states going to your local hospital is not your best option at this point.

“I can say that we have fielded a lot of questions and I know so have a lot of other health authorities in the province around what people should do if they have those concerns. At this time, a visit to your local hospital is not recommended.”

1/2 Eryn Collins of @Northern_Health talks about with media on the cancellation of the World Women’s Curling Championship @CityofPG due to concerns over COVID-19 @CurlingCanada @mypgnow #cityofpg #sports pic.twitter.com/9B9r07MKal

“There were some significant competitions across the world that were cancelled and these were much more longer-term decisions perhaps that were made up until that point.”

Cameron McCallister of @worldcurling devastated after cancellation of World Women’s Curling Championship in @CityofPG due to #COVID19 pandemic, hints other major curling tournaments may be cancelled as a result @CurlingCanada @mypgnow #cityofpg #sports pic.twitter.com/8ge8kOwMmT